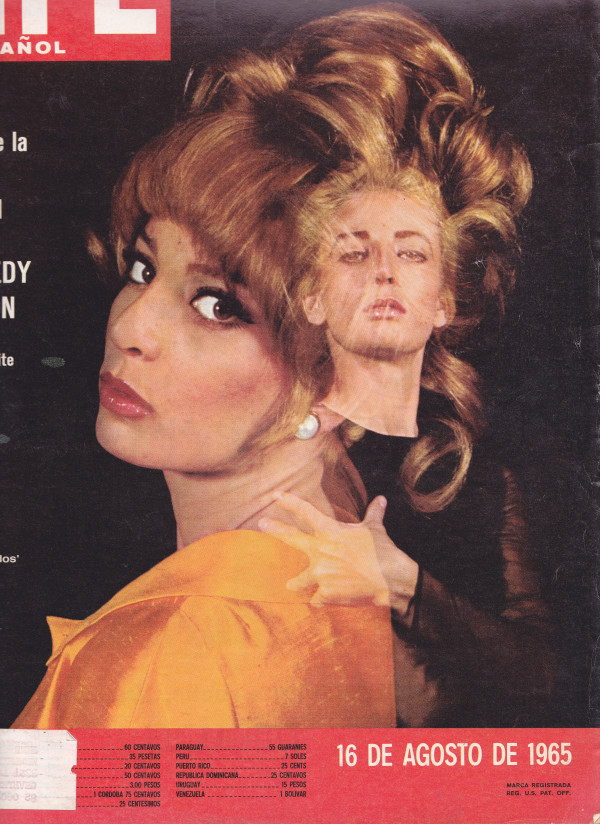 Like a specter screaming out for help but never heard, a woman stood unnoticed with her back pressed against the restaurant’s entry wall. It was a restaurant decent women never frequented.  She was a mere shadow under a matador’s mounted trophy, el toro’s ebony head proudly presenting ringed nostrils and treacherous horns.  She was a weave of bronze and blonde hair cascading in silky waves over vanilla décolletage. Her almond eyes, swollen from paranoid tears, were framed thickly with mascara and black eyeliner.  Pale sculpted cheek bones clashed with ruby lips and her body, cold as marble, stood motionless before the room of male diners.  Seconds ticked by before her right hand, powered by distraught, slipped into the pocket of her coat and immediately her fingers and thumb curled around the handle of a…

A single explosive gunshot shattered the boisterous atmosphere into silence.  Each heart radiating life pounded like machine guns fed bullet-belts longer than eternity.  Within seconds the busboy and waiter leapt into action covering her lifeless elegance. They, along with the diners sitting close by, were quite thankful for the golden strands of hair fanning out in disarray and camouflaging her distorted flesh.  It was an unexplained tragedy evidenced by rivulets of blood seeping through the sheath of white linen, her temporary shroud.

Anxious, ignoring the spasm in his left eye, the owner of the establishment telephoned the Colombian National Guard and the Bogotá police while perspiration trickled down the maitre d’s spine as he replayed the telephone conversations he had with Arabella Arbenz over and over again in his head. He had heard the desperation in her pleas, “I know he’s there.  Tell him it’s me.  They said he’d been gored.  Make him come to the phone, I need to hear his voice, I beg you, page him again.”  He had not made any effort to console her because the matador’s wishes were his only concern. It was obvious she was drunk, or, drugged out of her mind. Besides, matadors were his most important customers. They made the restaurant famous and kept it filled with prominent men. And this matador, Jaime Bravo, was in a foul mood and Arabella, in this space of time, was an irritating nuisance he wanted to thwart; therefore, she was snubbed. 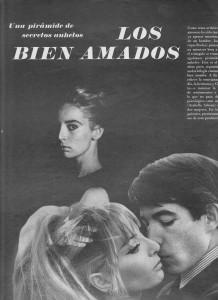 Whispers erased the silence and echoed in mocking chorus toward Bravo’s table in the darkest corner of the soft lit room. A suicide! A desperate whore? A jealous wife? Every eye locked onto the maitre d as he sliced through the tables disturbing clouds of cigar and cigarette smoke. Making an effort to be discrete, since he was the only one who knew who the woman really was, he whispered in Bravo’s ear. Bravo, in spite of his injury, charged to the front like a tormented bull trailed by his entourage like links in a chain.  They formed a protective wall to block probing eyes as their matador, Jaime Bravo, no longer invincible crumpled to the floor.  His hands trembled revealing his shock and fear as he uncovered Arabella’s head and lifted her hair. He erupted releasing a morbid wail.

Repulsed by his self-centered madness, her blood already staining his soul, he convulsed.  He wanted to escape from this hell, his lover’s final act, and run away never looking back.  Anguish–magnified by the abundant mixture of Aguardiente and beer–ruined his inebriation intended to drown out the shame of his afternoon’s fight.  El Toro had won scooping him up with his powerful horns and tossing him aside like unwanted dung; humiliation in front of thousands, and now this hideous moment.

Man after man turned their heads away to avoid the calamity and to proclaim…it wasn’t me; I’m not involved; no idea who it is or what just happened as the police interviewed each occupant until well past midnight. By morning the world learned that Jaime Bravo’s girlfriend, actress Arabella Arbenz, the daughter of the exiled Guatamalan President, Jacobo Arbenz, publically committed suicide.

She was a notorious fashion icon adored by the world and gracing covers of fashion magazines for over a decade, and, she had completed her first featured film. What darkness beneath her façade brought her north of the Amazon to die in a venue frequented only by men. Was it due to her family’s political exile as they struggled to re-established a new life in other countries? A doomed relationship, or, was it her addiction to wild diversions that brought her down this deadly path of despair? — Inspired by Kelo, my Male Muse —

MALE MUSE: A WITNESS TO SUICIDE

Michelangelo (Kelo), just ten feet away from her body on October 5, 1965, remembers that night; the phone calls and pages, the woman standing in shadow, Jaime Bravo and his entourage seated in the back of the restaurant and the police. Michelangelo was seated near the entry with his friend Rodolfo and a Colombian businessman who wanted them to make a permanent life in Colombia instead of going off to the very prejudice nation of the United States of America; the place where John F. Kennedy was assassinated in November of 1963. By the time he and his friends were released from the restaurant they still did not know it was Arabella Arbenz because it was so rare for even a prostitute to enter the restaurant that was more of a men’s club. They did not see her pull out the gun and shoot herself, neither did Bravo who was nestled in the back and quite inebriated. Besides, the staff covered her body up instantly and the police arrived quickly. When Michelangelo read the morning paper his eyes teared up because he had recently read about Arabella Arbenz in the August 1965 issue of Life Magazine featuring photos of her film debut. He was stunned that such a young beauty with so many accomplishments found nothing to live for.

As Michelangelo shares his experiences of struggle, travel, relationships, deaths and a whirlwind of business experiences I am inspired to write. He is a fascinating muse and one day my notations and short stories about him, including the one posted above, will become a biographical novel, so, stay tuned.

NOTE: Photos of the Life Magazine posted above were scanned from the one I own.