Videos educate as they inspire sharing options and opportunities. Videos bring notoriety to the creators, cast of characters and performers. Videos can capture every aspect of life. Sophia Ann Montoya’s sampling of videos posted below encompass adventure, dance, events, exploration, tango and travel. There is much more to enjoy on her ‘Youtube Channel‘. Also, click the icons in the header above to be captivated and motivated by life’s sensational offerings. 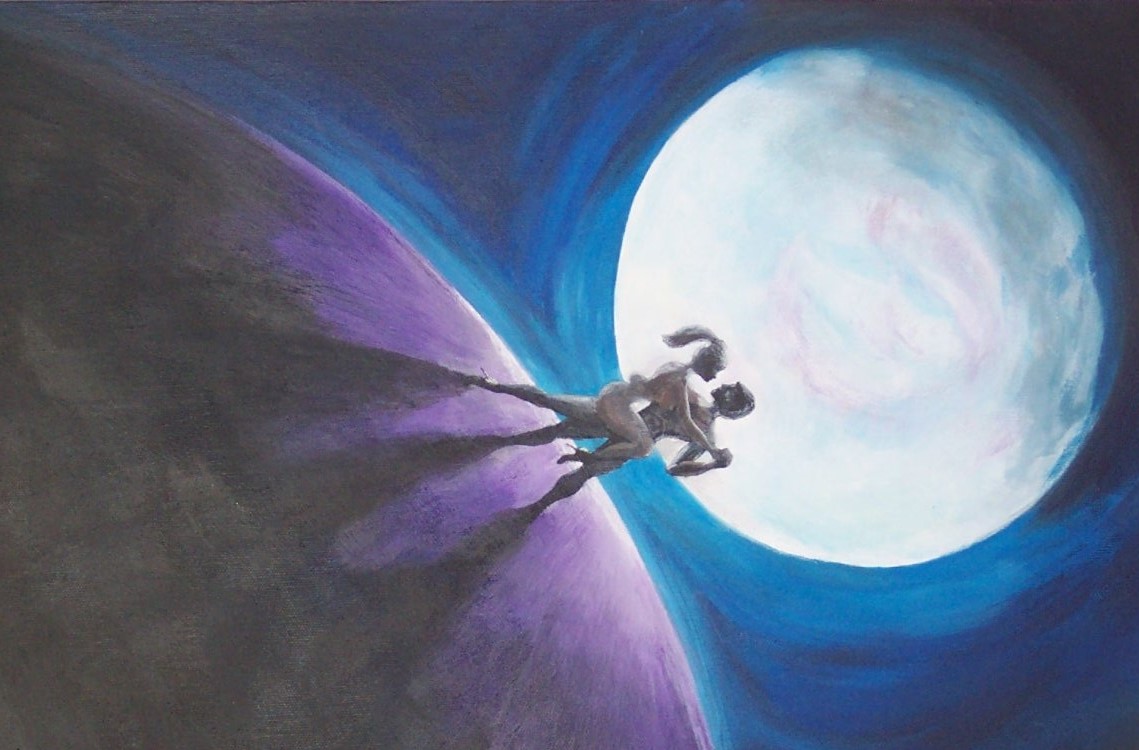 Blue Moon, filmed in 2004, is a short documentary about tango friendship and love by Charles Tentindo and produced by Sophia Ann Montoya..

This tango documentary was produced by Sophia Ann Montoya to serve as a memory of tango lessons, friendship and love within a tight knit group that danced and partied together in Orange County, California. The film’s sole non-profit purpose was to honor her favorite Argentinean tango maestros, Claudio Omar and Maria Veronica Rubio, (1999-2004). The film was given as a gift to Claudio and Veronica in gratitude for their non-discriminating desire to make tango fun for everyone. More importantly, they were willing to step outside the box for creative people, like Sophia, who explore beyond the boundaries of the status quo. The moon pictured above is an original painting purchased from the multi-talented Claudio Omar Rubio.

Awaiting the arrival of their second child, the couple made plans to return to Rosario, Argentina, to make a permanent home for their children. A group of students traveled to Buenos Aires to meet up with Claudio and Veronica after the Newport Beach, California, 2004 premiere screening of Blue Moon. This film has, since, become Sophia’s celebration of intimacy within the realm of Tango.

In 2005 Blue Moon was filmed during one of the opening ceremonies applauding the first Tango films entered in the Toronto Film Festival. In 2010, Sophia’s informative Tango Speech won first place at California State University Los Angeles, the host for the Pacific Southwest Collegiate Forensics Association. Enjoy reading more about Tango possibilities and opportunities in the eBook entitled, THE MEANDERING MIND: emotion’s motion by Sophia Ann Montoya.

The Telly award winning director and cinematographer, Charles Tentindo, masterfully captured and edited Sophia’s experiences into a sweet dream. His multifaceted talent is witnessed, not only by way of cinematography, but through the melodic notes composed and played by him in BLUE MOON‘s closing moments. He represents one of humanity’s finest examples of a passionate and distinct individual delving into every aspect of his potential as he continues to inspire others to do the same. Realizing the importance of video notoriety, whether for professional or personal pursuits, Tentindo embodies the sentiment that ‘power is the ability to empower others’. 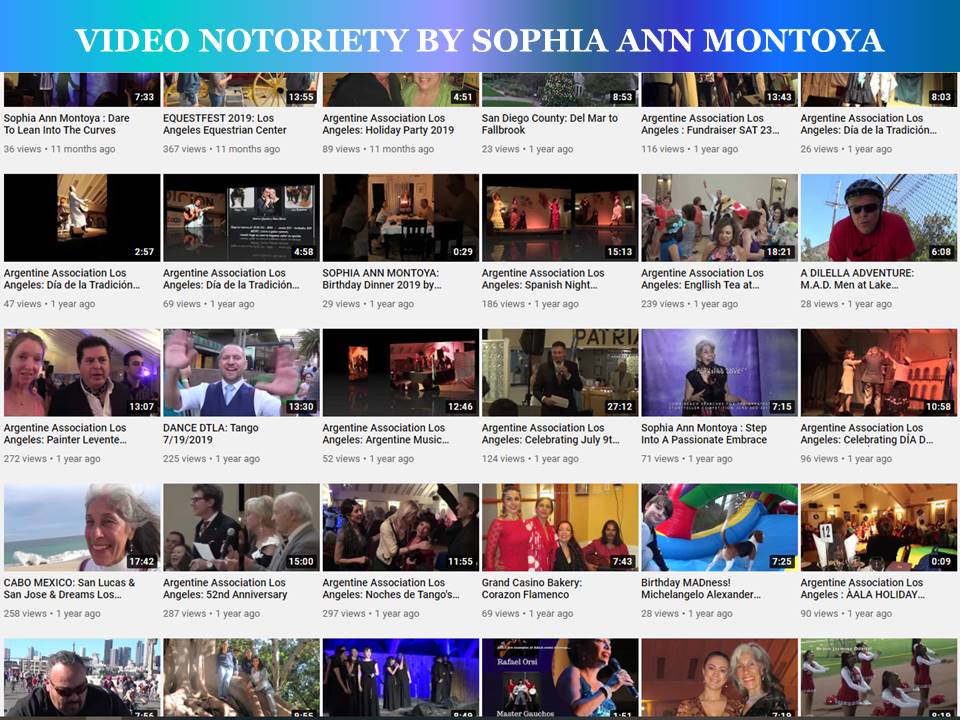