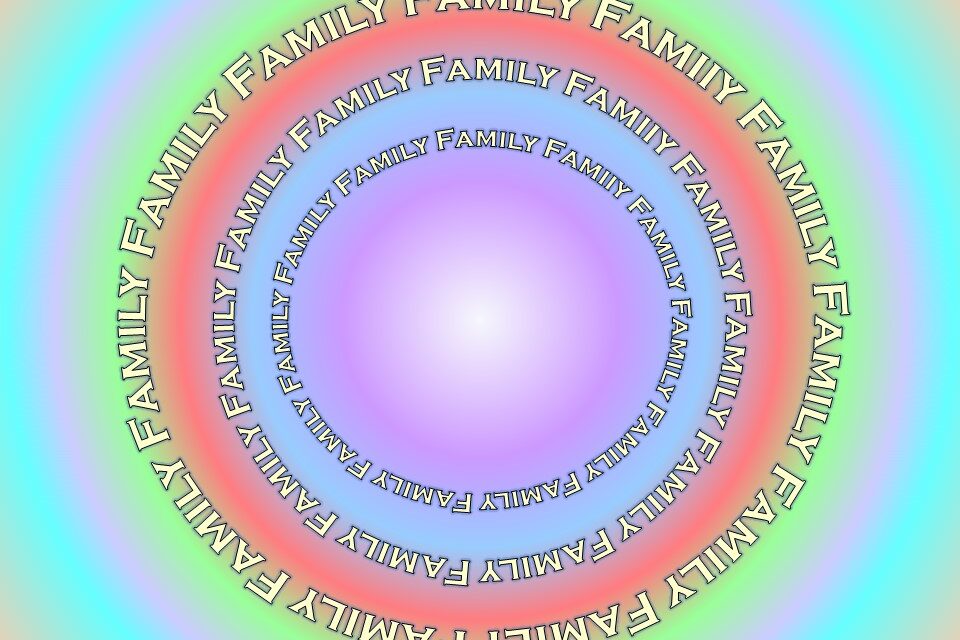 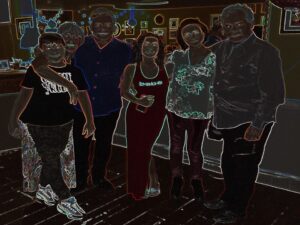 Defining homo sapiens family structure begins with a need. What is the purpose of the family? What will the family consist of? What part does each family member play? What influences the family unit? How does religion or governing institutions affect the family’s function in any given part of the world? Does the society within which the family lives require a contract of marriage? How is marriage defined?

The familial entity is not the same for everyone in the 21st century. As a support system, many who consider themselves a family unit are quite often not blood relatives. No matter the situation, adults–married or not–are responsible for their children. If the adult fails in the nurturing of their offspring, the child’s welfare is subject to institutions offering protection and education.

The word family evokes emotion’s motion. Family is a nucleus of individuals where thought, action and reaction is a cornucopia ranging from chaos to tranquility as they attempt to live beyond mere survival. Sophia Ann Montoya, the creator of The Meandering Mind eBook anthology (depicting emotion’s motion via art, essays, photos, poetry, ponderings and stories) has used the structure of African elephant herds to examine the responsibility and heartache experienced by its members.

“Restless, drifting in and out of consciousness, he relived running along the canyon floor toward the horror of two legged predators brutally beating his parents into obedience on the upper ridge as they trumpeted and roared clapping their ears in alarm.”

“Lifting his trunk Dejala sniffed through the various scents seeking the odiferous trail of the bachelor herd. Two weeks ago, they traveled in this direction after their exuberant courting and mating season with the females.  Dejala was adept at tracking and immediately began to scan the lush surroundings for evidence of broken limbs, torn bark or crumpled undergrowth.  The moment his vision blurred looking too far off, he focused on his seismic powers to decode earth’s vibrations via his trunk and gigantic feet. Even his ears, picking up sounds humans could never hear, were excellent tracking tools.  Earnestly analyzing visual evidence and rumbles, he continued his hunt for his male relatives.”

“What happened between you and your brother?  Four nights ago we found him nestled in the crevice of the twin boulders crying so hard his body shook.  He refused to tell us the cause of his misery.”

The Meandering Mind eBook depicts emotion’s motion, such as the dichotomy of family interactions. Suitable for the public at large, this compilation of art, essays, photos, poetry, ponderings, prose and stories can be purchased on Amazon. 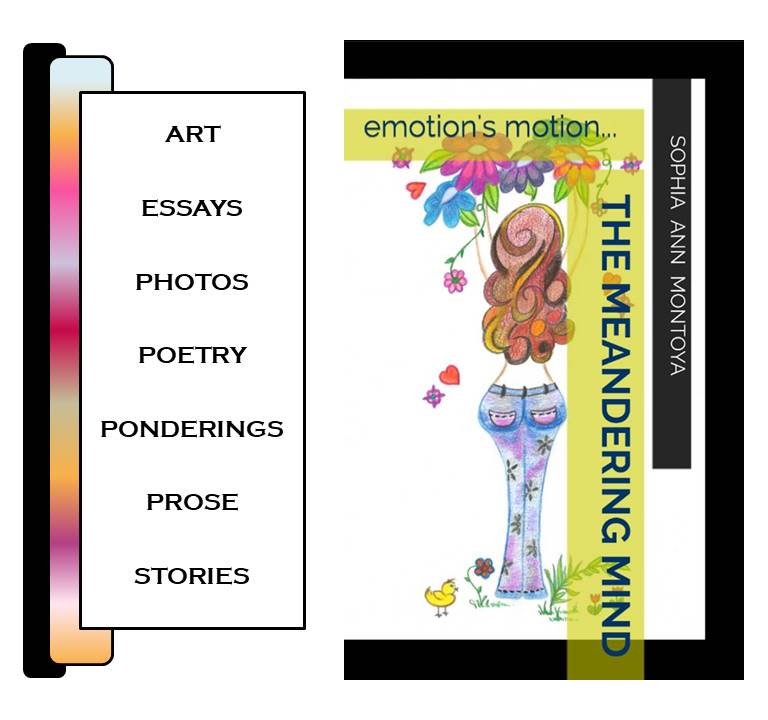 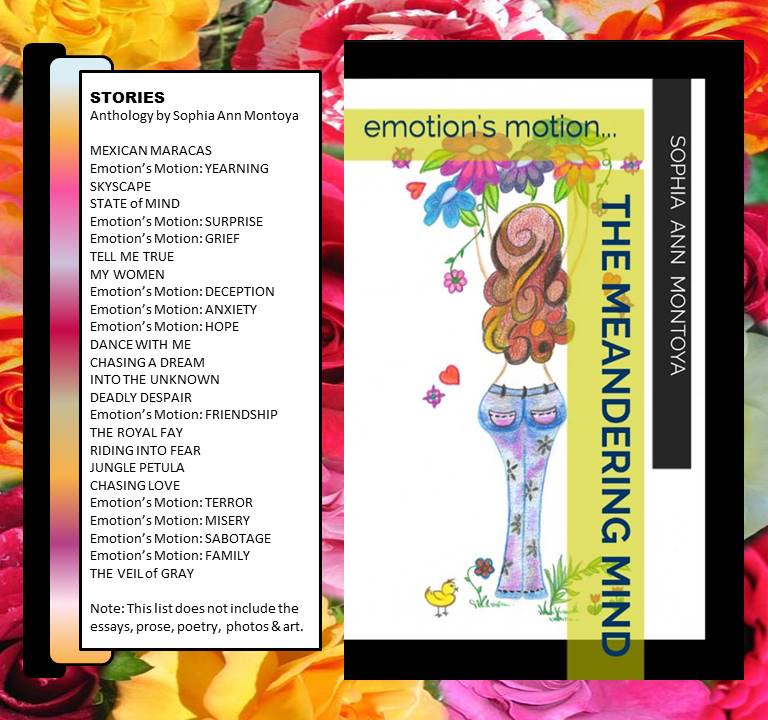