THE MEANDERING MIND: THE VEIL OF GRAY 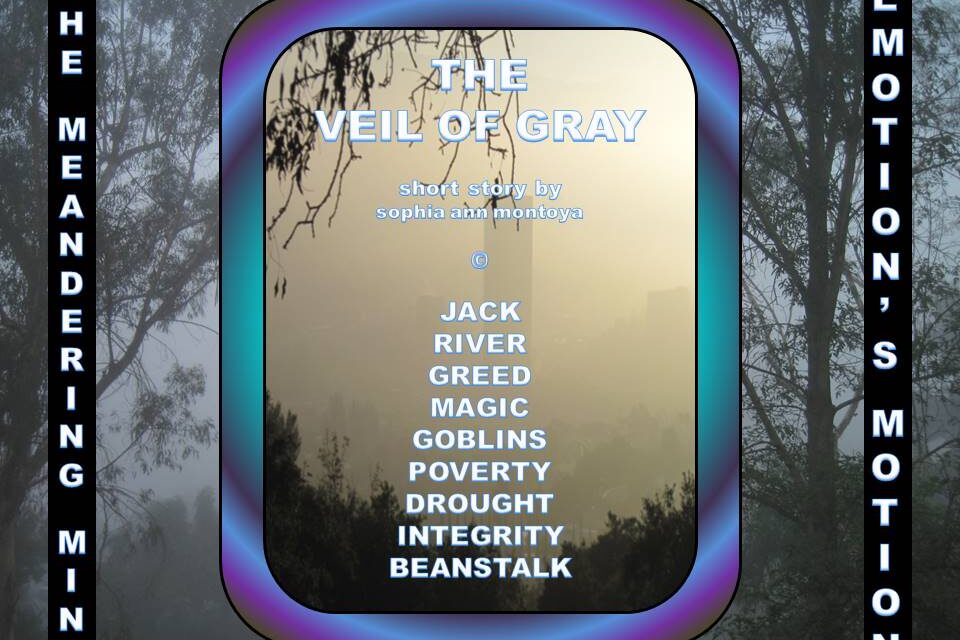 THE VEIL OF GRAY

Inspired by Jack and the Beanstalk, THE VEIL OF GRAY is about a young boy who steadfastly adheres to his principals in spite of adversity. This story has fairytale magic and adventure in an era of punishing drought. Having lived in Germany, Sophia Ann Montoya adds touches of the language and landscape to color the townsfolk and landscape.

As you turn the pages of The Meandering Mind Emotion’s Motion, you will notice that there is little structure to the anthology representing the ping-ponging behavior of our thoughts. Founded on fact or fiction, thoughts spur emotion’s motion creating action causing reaction evidenced by human’s jumping to conclusion before seeking out truth.